Goldenmilk wrote:I had asked to see battles a month or two ago...got nothing.

Today I saw myself responsible for a shop, a beautiful space that had crystals displayed: shimmery and colourful yet a calm place. Then I had a customer, a middle aged looking man. I suggested that he sit down on a sofa there and passed him a crystal to get a feel of it. I then noticed that the 'crystals' were Alexandra's SuPs in various sizes and colors.

After this I saw a tunnel (big enough for one or two people) going very deeply underground (downwards), possibly for miles. It was grey, dark and dingy.


Soo, were you asleep or was this an awake-cognition? If so, that's amazing, otherwise it's amazing too, but would fit better in dreams -- experiences during sleep.

I wonder who the middle-aged man was! Maybe the tunnel you saw was one of something like a channel to earth, for our technology... remember the standart-channel from War-News?

I was relaxing, lying down with my SuP, though not sleeping. I was resting due to symptoms I mentioned in another topic. I had made some commands too asking dropbox to clean my cognitions and skib other commands (anything helpful at this stage of the war). I did consider 'dreams...' topic before posting here.

The man was of European looking, I think, wearing a beige suit and had a quite big build. He might have been wearing glasses. He seemed new to the SuPs and curious, quiet.

Yesterday I was seeing bright white (initially lilac) shapes like solar flares over and over, all unique, differing shapes coming out of a spiral endlessly twirling.
Top

The last two nights was quite the cognition-circus for me. Saw lots of vivid and incredibly complex patterns and weird technology/constructs. Nothing I could make any sense of and all very fleeting, kind of hard to make out. Best comparison, but not relatable for everyone, would be when you set the gamma-level in games, and it tells you to lower it until you can only barely still see x (for example a dragon or a picture of something, it tells you to lower until it's almost all black). It's like someone forgot to turn the lights for the cognition on, it's so dark I can only barely see. This was not during sleep or half-sleep.
I noticed that I seem to get this specific vivid cognition when I am sleeping at places that are not home, so without all the special protection.
Also I noticed very long ago already, that there seem to be many different types of visual cognition. One type, that seems to be most difficult to achieve, is having the cognition literally on my "3d-screen/interface". There is usually something going on here, but always very little (puddles forming and dissolving, straight lines visible for short moments, fine grid pattern visible for short moments). The few times I had clear cognition with this were in half sleep or when going into the bathroom after waking up at 4am. The seemingly most common/working cognition is when I try to concentrate on the first one mentioned, it transitions to this cognition that is more like a mental image, and it transitions without me even noticing. I think this image is more in the top right and feels much less "direct" than the first one, I don't see this one with my eyes. I think this may also be the one I see/use in dreams.
The third one is more direct, similar to the first one mentioned, but it feels like a second layer on top of my direct vision, like transparent paper with visuals on it. This is the one I have these vivid cognitions that I described in the beginning of the post with. I may have forgotten something, but I don't think so.
Top

Goldenmilk wrote:The man was of European looking, I think, wearing a beige suit and had a quite big build. He might have been wearing glasses. He seemed new to the SuPs and curious, quiet.

Maybe we get a new member soon, or maybe someone is considering to buy their first SuP!

Yes, maybe new buyers, although I somehow imagined this was after the war. I'm not sure though.

I don't play games but I do get what you mean. I often have a pitch black background then something tiny appearing in the centre, from the side l. Sometimes it's all around - like blue/green dotting all over the 'screen'. I can't get that screen going either! I agree, there are different types of cognitions - different avatars connecting?

Had some interesting "wake-up-cognitions". After waking up, but still with my eyes closed and half asleep, I saw the following (added some eye-bleeding-inducing paint scribbles too 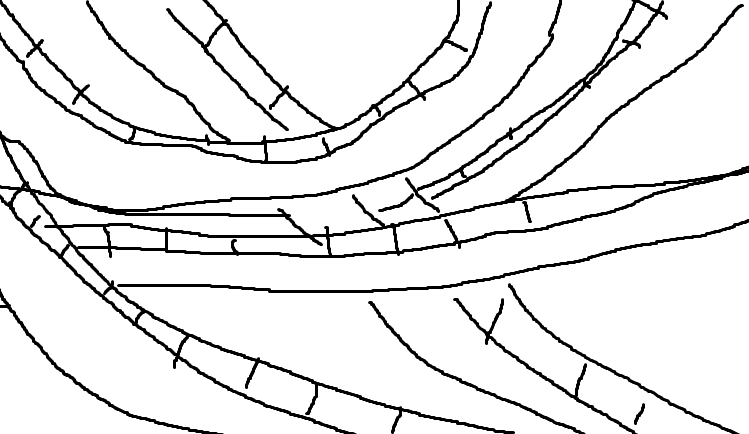 Then I saw a grid made out of similar squares. There were weird ornament-like patterns with lots of variety in the squares. Then the image vibrated, and after it stopped vibrating, the insides of the squares were "animated" (moving). After a few seconds of looking at it, I realized the patterns in the squares might actually be fractals -- they looked so simple and structured, unlike the "clichee-fractals" we know, that's why I didn't immediately think of it. (I filled out two of the squares in the image, just imagine the rest look similar 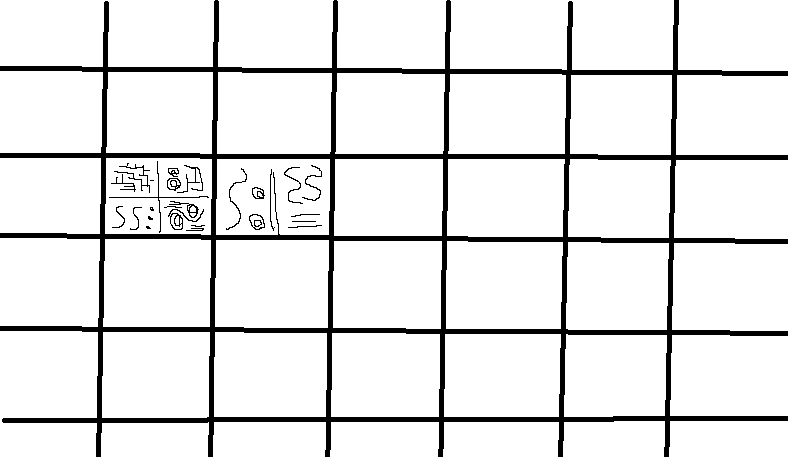 After that, I saw an image of a room that was kind of warped, distorted, with the walls being partially cuboids. Basically these cuboids were part of the walls but also somehow in the room. If I had to guess, this was an attempt to visualize mulitple dimensions, which we can not comprehend with out 3d-minds. The walls of the room, including the cuboids were covered by the grid that I had seen before, like a texture that got applied to the room. Was kind of interesting to see how this cognition "evolved" in stages. 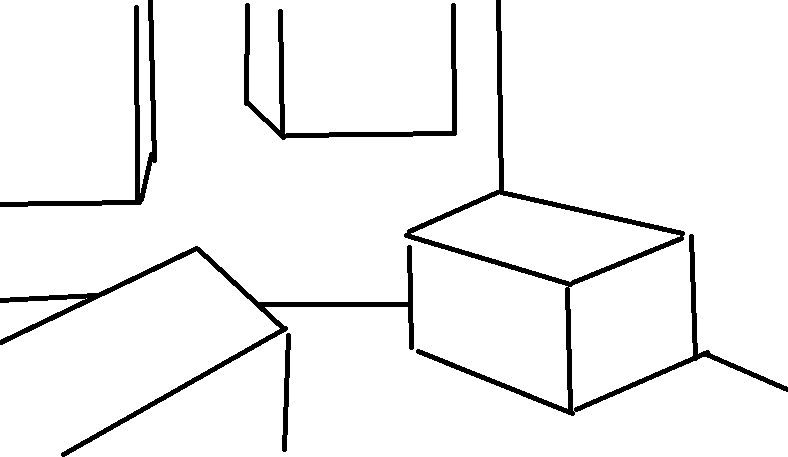 I actually had a similar cognition over half a year ago (I think, I got no sense for time lol), only that there it wasn't arranged in squares but rather a fractal mess all over the place. It also ended up covering a very similar "room" as a texture. So maybe I saw the same thing as back then, only that today a lot/ most of it has been restructured by us so that we can actually work with it?

Maybe I saw the grid? Or structures of 3d?
► Show Spoiler 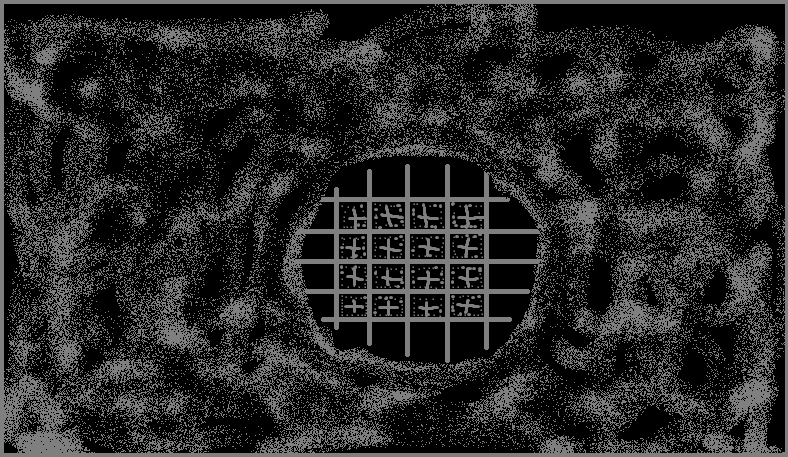 LowEffortPaintAbomination.png
(88.45 KiB) Not downloaded yet